Ben set up business in 2001 in partnership at a garage in west Cumbria, doing vehicle body repairs and sold the odd car to make a bit extra, as he enjoyed to do anything to do with cars.

In 2003 Ben set up as a sole trader as a friend had a premises to rent at Glave hill, Dalston. When moving to Dalston Ben carried on doing vehicle body repairs but also done very basic mechanical repairs.

Ben decided to take the next step in 2005 and began to sell cars as well as continuing to do vehicle repairs. He was selling 1-2 cars a week which were mainly customers or trade sellers as the company didn't have the cash flow and weren't strong enough at the time.

Over time the company became more established and a lot stronger, and in 2009 an old run down petrol station came up for sale just 1 mile away from his current location, which had a lot bigger workshop area, but mainly a much bigger forecourt as car sales had really taken off.

It was a big step and tough decision to take buying the new premises, as money was still tight and the recession had just started. But he took the chance and has never looked back. The premises has took years to achieve to become the great place it is today, with a lot of help from family friends and good customers for their continued support. He now sells 15-20 cars per week all of which are owned by him.

The company is run by a small friendly, professional and highly knowledgeable team, which include his wife, mam, sister and close friends. They are all dedicated to do everything to the best of their ability and caring about customers. They always treat their customers as an individual and not just a number, this is why so many of their customers return time after time.

No member of their staff is commission based therefore you will always get the best help and advice for your individual needs, and never high pressure sales from their team.

They MOT and mechanical check over all of their sales cars on site and also do servicing if needed. So hopefully you won't have any problems. All cars are valeted on site by their own staff and they even do their own minor bodywork preparation on site, so all of their cars always look their best.

The business is at the best of its potential therefore don't want to move to a larger premises. They know everyone within the local community and most of their customers by name, and believe this would be lost if they moved to a big garage on an industrial estate in the city.

Ben has a young family and hopes in the future they will be part of the business. Having a son and a daughter to become successful and keep the business running to the high standard it is today for generations to come.

Their aim is to take care of their customers old and new, and selling quality used cars both in their local community and as they are also internet based they also cover all areas of England, Scotland, Wales and Ireland. 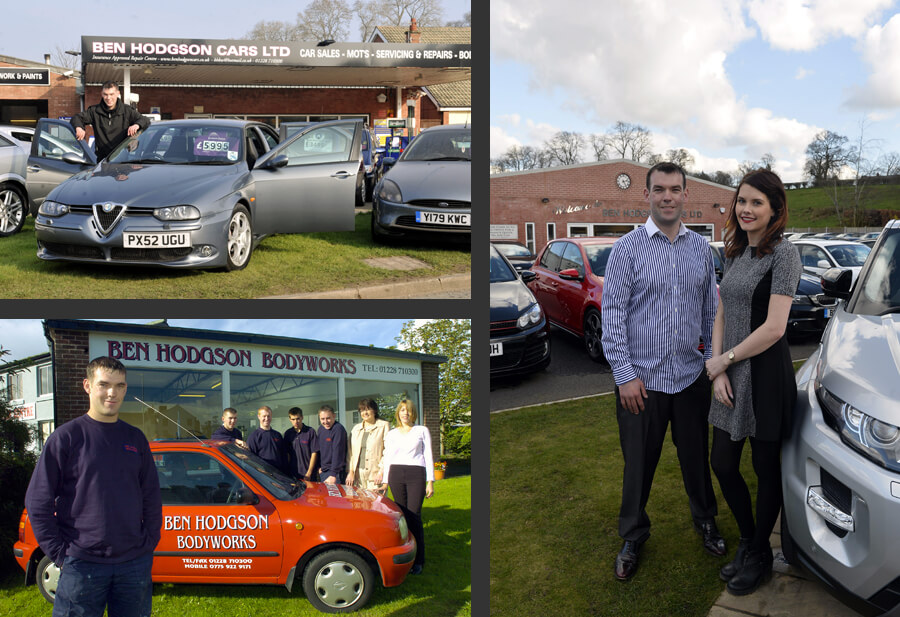 Ben bought my X5 and was as nice and as helpful as a sales man selling a car. This is a rarity in this day and age. Would recommend to anyone.
Mr Paisley, Penrith.

Search for a vehicle

We use cookies to help our site function correctly and to understand how it is used. By clicking "I understand", you agree to us doing so. You can find out more about cookies and how to manage them in our Cookie Policy.